The Big 5 Personality Traits and Their Possible Genetic Link 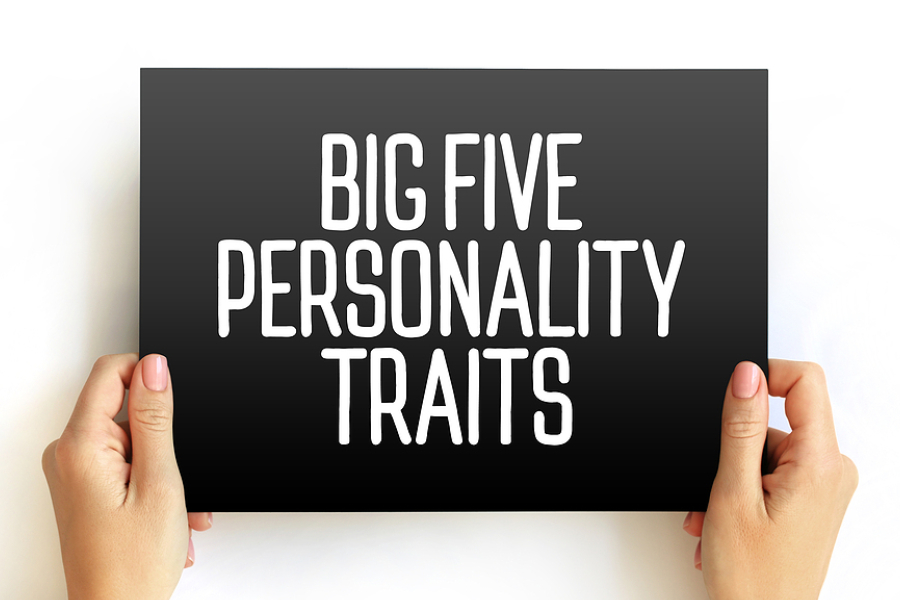 Personality differs from person to person. However, over the past years, scientific studies have made efforts to categorize personalities based on traits shared collectively by groups of individuals. The most popular categorization of personality traits is the so-called “Big Five Model,” also commonly known as the Five-Factor Model. Read on to know more about these five basic personality traits and whether they are heritable.

The Big Five Model is considered the most reliable and widely accepted personality theory referred to by psychologists today. The theory postulates that personality can be boiled down to five key factors: conscientiousness, agreeableness, openness to experience, extraversion, and neuroticism.

Conscientiousness is a trait possessed by individuals with high levels of thoughtfulness, goal-directed behavior, and good impulse control. A highly conscientious person is careful, disciplined, and organized, whereas those low in conscientiousness tend to be impulsive and dislike structures.

Agreeableness refers to the way people tend to treat their relationships with others. Individuals with high levels of agreeableness usually show signs of altruism, affection, kindness, and trust. They tend to have high prosocial behaviors and are inclined to help other people all the time. On the other hand, disagreeable people have socially unpleasant traits, such as manipulation, nastiness towards others, and lack of care for others.

Openness to experience pertains to an individual’s willingness to try new things and participate in intellectual and imaginative activities. It includes the ability and tendency to “think outside of the box.” Open people are usually eager to learn and experience new things. They are more adventurous and have a broad range of interests. Meanwhile, those who are low in this trait tend to have more traditional approaches to life and struggle to get out of their comfort zone.

Extraversion refers to the tendency and intensity in which a person seeks interaction with their social environment. To put it differently, extraversion is an individual’s tendency to get energized in the company of others. Extraverted people are often talkative, assertive, and emotionally expressive. On the other hand, introverts usually prefer solitude and show less energy in social situations.

Neuroticism refers to the overall emotional stability of a person through the way they perceive the world. In other words, it considers how likely an individual will interpret situations or events as threatening or hard. Neurotic people tend to experience anxiety, irritability, and mood swings. On the other hand, people with lower neurotic levels tend to exhibit a more emotionally stable and resilient attitude in stressful situations.

Heritability of the Big 5 Personality Traits

The Big Five Model was first developed in 1949 by D. W. Fiske. It was then later expanded upon by other academicians and researchers like Warren Norman and Lewis Goldberg. The development of the Big Five Model was part of an effort to pin down character traits to analyze people’s behavior. Over the years, the five broad categories of personality traits have been researched and developed.

With extensive studies conducted on the theory, researchers have found, among others, that the big five personality traits are significantly influenced by both genes and the environment, with an approximate heritability of 50%. Among the most notable research on the subject is the twin study of Kerry Jang, Philip Vermon, and W. John Livesley, which concluded that the big five personality traits have substantial heritable elements that account for 40% to 60% of the variance.

With the discovery that personality is partly linked to genetics, researchers now have more incentive to conduct genome-wide association studies and analyze more closely which parts of the human DNA code influence certain aspects of a person’s character.

While it is true that each person has a unique personality, personality traits are not so distinct as to be incapable of categorization. The development of the Big Five Model proved that although different persons have different personalities, character traits can nonetheless be identified based on the measures of conscientiousness, agreeableness, openness to experience, extraversion, and neuroticism. The findings that these traits are partly heritable further boost the importance of genes in understanding human behavior.

Hence, if you want to know more about your personality and its influences, you should consider taking a personality DNA test in Singapore. Map My Gene is among the most reliable specialists you can trust when it comes to genetic personality tests in Singapore and even in the whole of Southeast Asia.

Map My Gene’s Inborn Talent Genetic Test is particularly popular and can help you determine your child’s natural talents and personality at a young age. Besides personalities, our genetic test in Singapore also indicates fitness and athleticism traits, so that you can plan for your child’s future in sports more effectively. Contact Map My Gene anytime to find out more about its affordable and effective tests.

For more information, please write to our
Customer Care Representative: